Hiking on the Icelandic glaciers

Guðný Diljá Helgadóttir and Rowan Bashford are certainly adventurous souls and they love to spend all of their spare time exploring Vatnajökull National Park on foot, crampons, skis, pack raft, snowboard, and on horse back. An endless love of the outdoors, Icelandic nature, and sharing their experiences with others eventually led Rowan and Guðný to form their own guiding company, Glacier and Volcano Expeditions.

Guðný
Vatnajökull National Park boundaries with the farm that Guðný was brought up on so she knows her way around here like the back of her hand. Since she was a small child Guðný has been exploring Öræfi by horse and by foot, forging a deep and intimate connection between her and this part of Iceland. Her resume is extensive as she has been guiding within Vatnajökull National Park since 2014. During this time she has guided glacier hikes including ice climbing, super jeep ice cave tours, glacier lagoon kayak tours, glacier lagoon Zodiac boat tours, and wildlife/puffin tours. Guðný is also a great story teller and she is always happy to share her experiences with her friendly guests. Guðný is an active volunteer in the Icelandic search and rescue team. She is an expert at keeping herself and others safe in the wild Icelandic environment!

Rowan
Rowan was born and raised in New Zealand. He has been living in Iceland since April 2017 and now calls Iceland his home away from home. Rowan was also brought up in the mountains and has been going on small and large alpine expeditions since he was a small child. He began his glacier guiding career in 2013 on Franz Josef Glacier where he gained his New Zealand Mountain Guiding Association hard-ice guiding qualifications. Snowboard mountaineering is Rowan’s passion and the never-ending desire to explore new mountains has led him to chase this passion all over the world and to eventually end up living in Iceland. Rowan’s list of adventures is long – he has been snowboard mountaineering not only in New Zealand but in France, Italy, Austria, Canada, Iceland and also in Greenland. Rowan is an active photographer, specialising in alpine and glacier landscapes. He is always on the lookout for new and interesting features to photograph and he knows plenty of good compositions around Vatnajökull National Park. 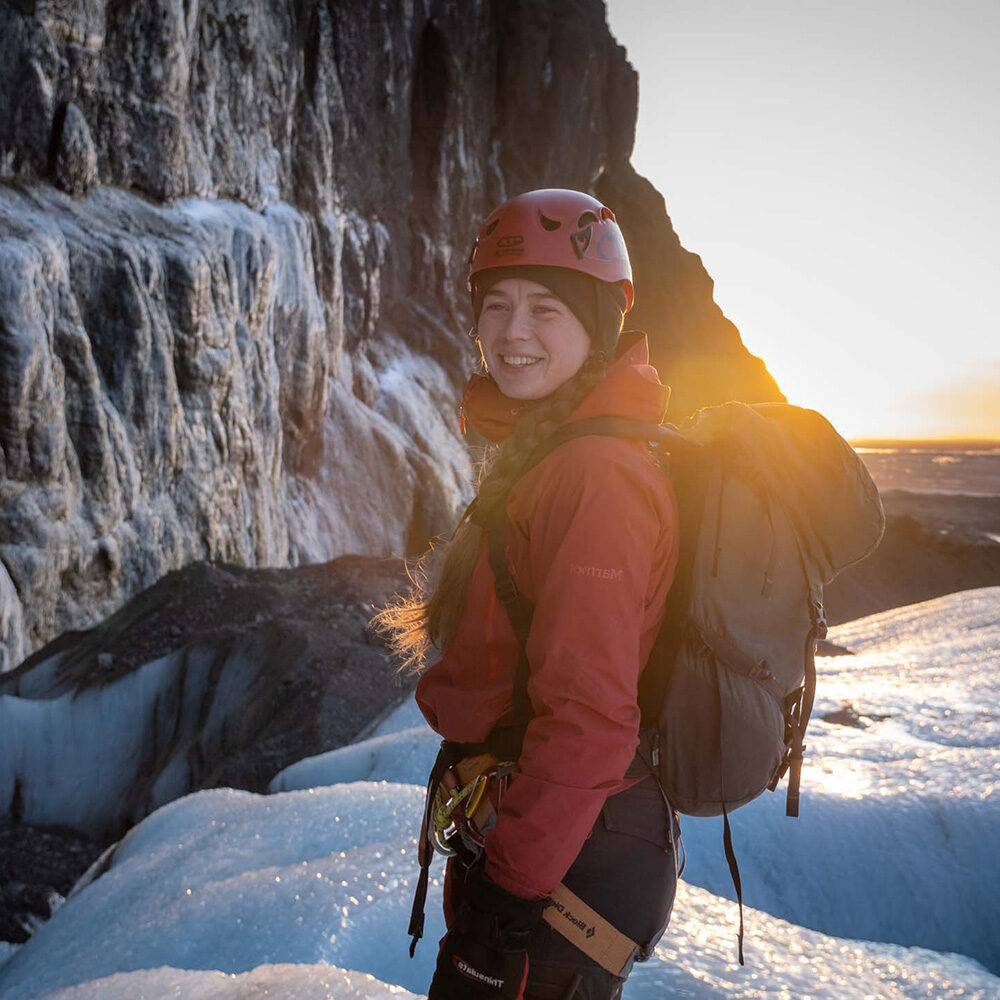 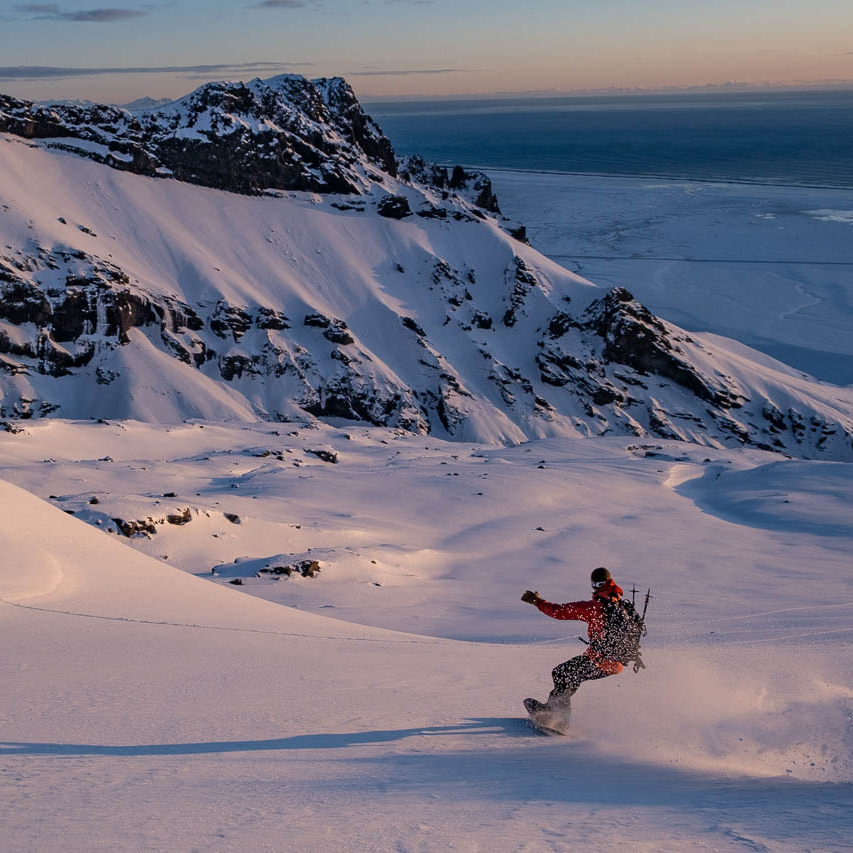 Guðný and Rowan collaborate with AKU as photographers, storytellers and product testers.

Active volcanoes and glaciers, the force of nature of Vatnajökull

Gigantic glaciers constantly pour down from the top of Iceland’s highest volcanoes and largest ice cap, flowing almost the entire way down to the ocean below. This combination of  active volcanoes clad with thick glacial ice is an incredible force of nature that continues to build and shaped the land within Vatnajökull National Park, forming an environment that is very unique to only this part of the world.  A place as fascinating as Vatnajökull National Park naturally sparks curiosity for adventurous souls, and entices one to explore further, deeper and share this amazing place with others. 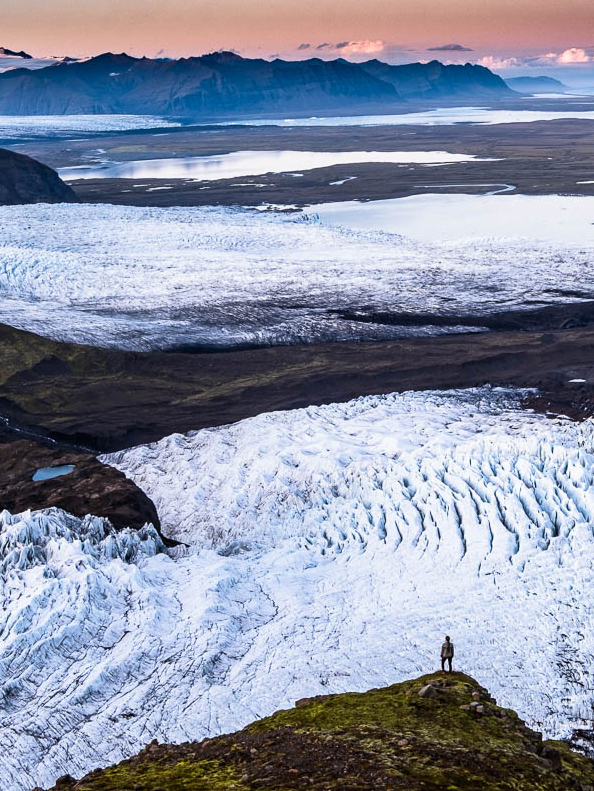 “Every glacier is different. They each have their own personality and their own quirks. I always find it interesting to visit them to see how they have moved and changed. Iceland has many accessible glaciers which offer us a lot of different options for exploring and photography. It never gets old!”
(Rowan Bashford)

Rowan and Guðný‘s favorite shoes for their Icelandic glacier activities.