My mountaineering?
Simple as a smile, to share with my partner, my friends and my clients.

“Mountaineering as a way to stay in the mountains, as a form of thought and life, as simple as a smile, to share with my partner, my friends and my clients”.
This is the thought of Santi Padros, a Spanish mountain guide who has chosen to live in the Dolomites of the Val di Zoldo.

His life as a mountaineer began at 15 and until he was 20 he devoted himself above all to ski mountaineering, ice climbing and canyoning in the Pyrenees. After twenty years his horizons broaden, first towards Europe, with mountaineering on classic difficulties and with ski mountaineering, and later in 2003, thanks to a trip to Yosemite for a few months, his life changed radically. In 2006 he became a mountain guide, decides to move to live in the Val di Zoldo and here he dedicates himself with increasing commitment and passion to ice climbing.

In Santi’s mountaineering career, to date, there are four expeditions in the Himalayas with four new routes opened in Nepal (Karyolung 6511 m, Kang Nachugo 6735 m and on the west face of Ama Dablam), four expeditions in Patagonia with two new ascents in Cerro Adela (Cerro Torre group), a solo expedition on the Cordillera Blanca in Peru where he made two new extreme skiing descents. He has traveled to Oman and Morocco, climbing to Reunion Island, Greece and the USA, New Zealand and Kyrgystan on mountaineering skis. 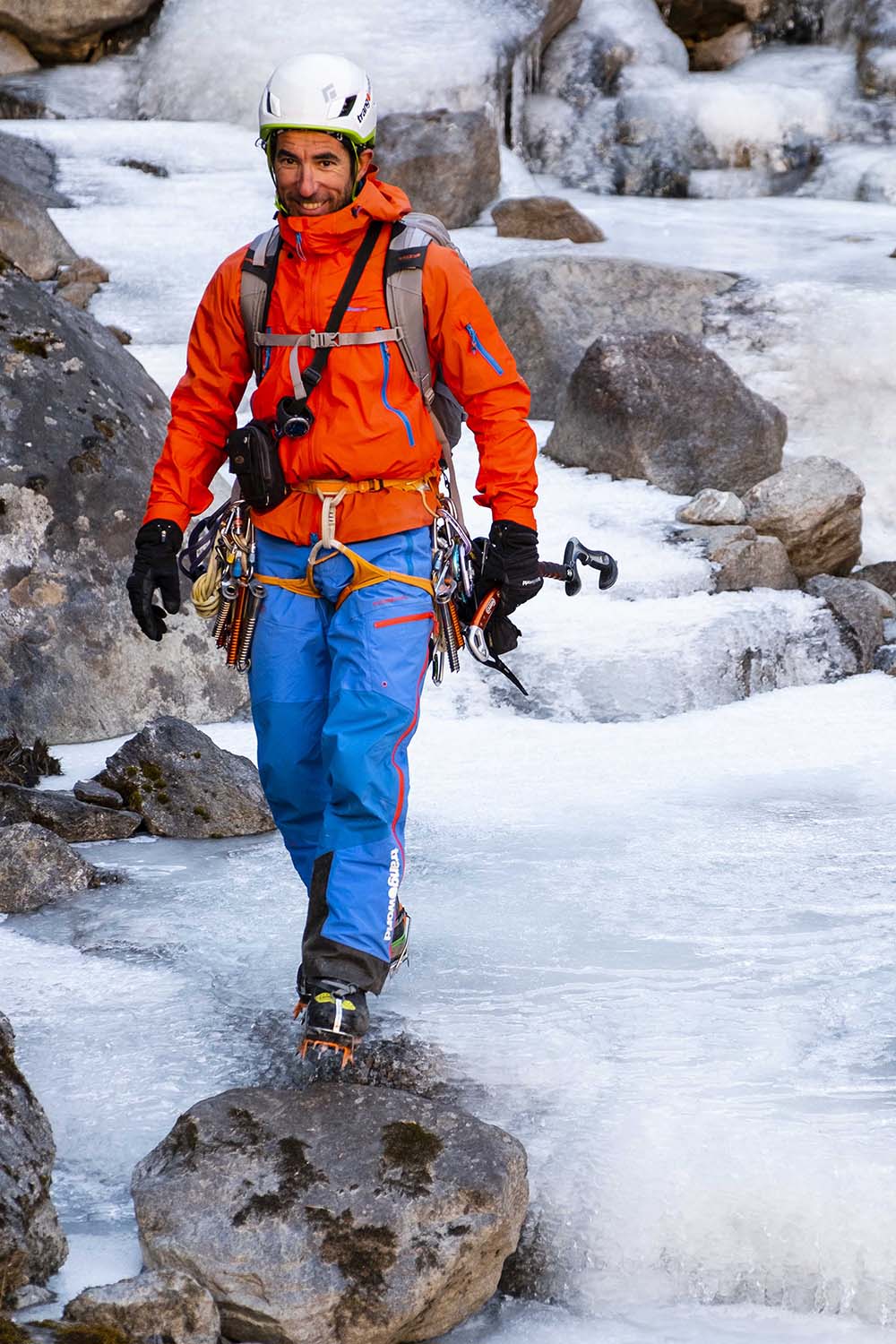 Santi Padros collaborates with AKU as a product tester.

“I walk, climb, ski, canyoning, with those who want me to accompany him and with all the people I like their company”