A dream life between the sea and the mountains

In the ID card you can read “Giuseppe” but if you happen to be in Palmi, in the province of Reggio Calabria, in south Italy, you will have to ask for Peppe.
Turn your back to the sea and continue for about 7km, don’t forget to turn around as you walk slowly along the path, the view of the Mediterranean Sea will leave you breathless. You will find Peppe in the open air, tending the olive grove from which he produces excellent oil. You can still hear the sound of the waves but Peppe will tell you about Aspromonte, only 40 km separates us from its 2000 meter peaks.

His encounter with the mountains was crucial, a love born in solitude and which then drove him to want to share with others the fatigue of the summit and the satisfaction of the goal achieved.
Thus, twenty years ago, Peppe attended the guide course and obtained the diploma of Environmental Hiking Guide, “the most beautiful job in the world” because you can give smiles and emotions.

Peppe is active throughout the Mediterranean basin, moving to the Gargano and Salento areas and accompanies those who want to discover these beautiful places by taking the time to get to know them in depth. In Aspromonte, he organises treks with views of the Aeolian Islands and the two active volcanoes Etna and Stromboli. A beautiful contrast snowshoeing in the snow while seeing the red glow of incandescent lava in the distance.
The call of the mountains has led Peppe towards the Alps: Marmolada and Monte Rosa are two of the various excursions he has organised together with the CAI Aspromonte section of which he is a member. 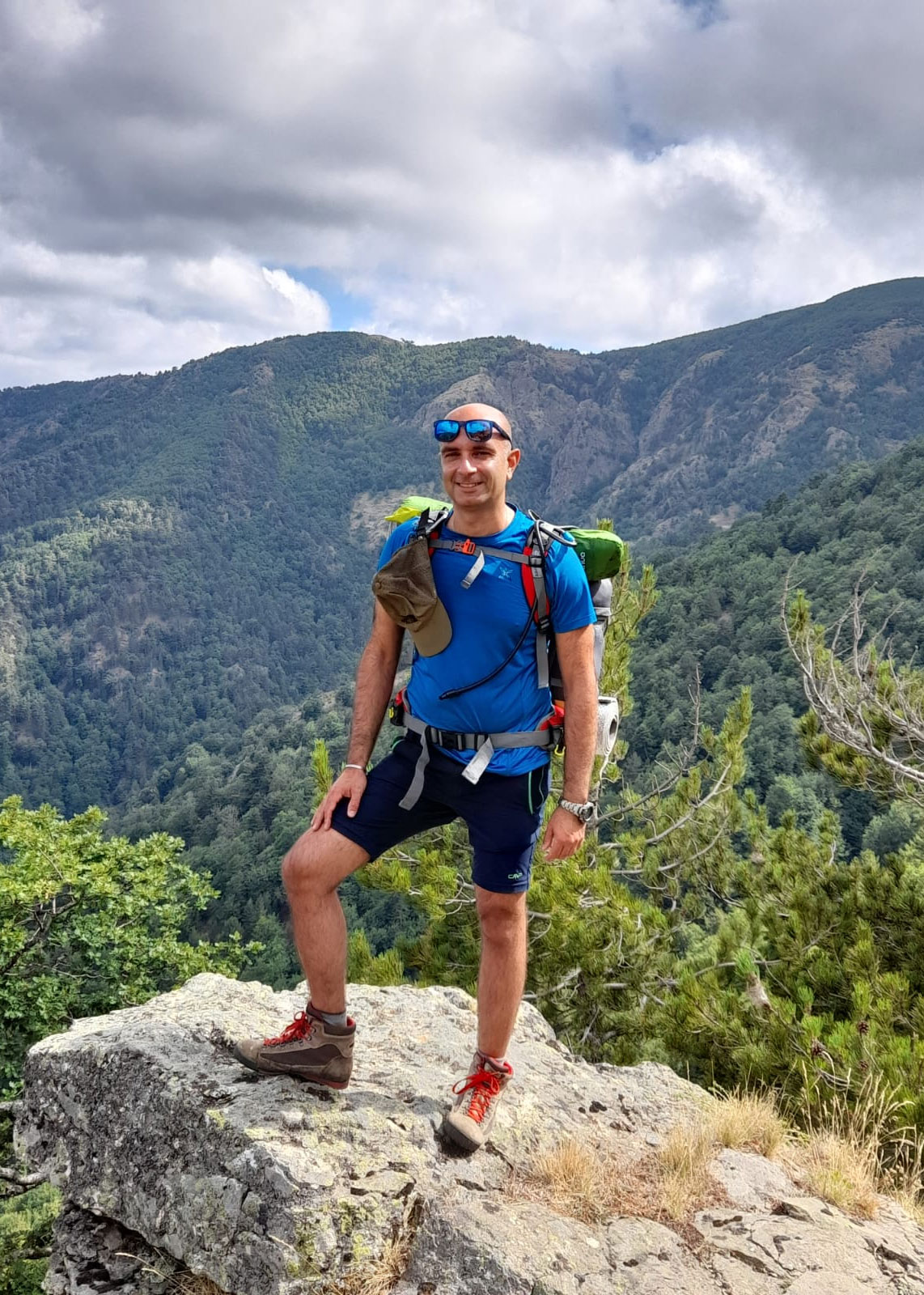 “The greatest fortune is to be able to spend weekends walking slowly among the beauty of the Mediterranean.”